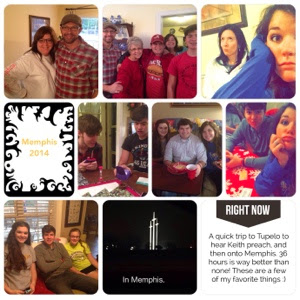 Even if it's digital. When I was in college, and busy being a strong-willed girl (that's a nice way to describe me) she was my listening ear.
I spent many nights at her house, a girl with no clue just trying to figure out who I was.  And she let me be me.
When I met Scott, and just days later, we knew we wanted to get married, she was a fan of "us".
When she got divorced, and moved to Birmingham, she became my running buddy.  I was all grown up :)
I'll never forget her words as I rounded the corner at the finish of my first 5k. She had run with me step for step and she said "finish strong!!!" And I did.
She believed in me, when I doubted myself. 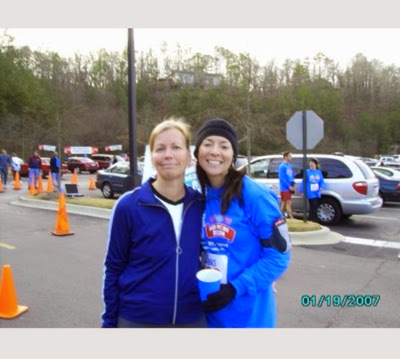 Then when she met her "cowboy", I became a fan of "them".
I'm so thankful for my mom's twin sister. She gets me. She's always been the "mom" that didn't nag me :)
And because she had only boys, (funny how I'm drawn to her) somehow I knew I was a daughter she never had.
Tonight, she married her knight in shining armor, and I couldn't be any happier for her than I was tonight.
#ProudNiece 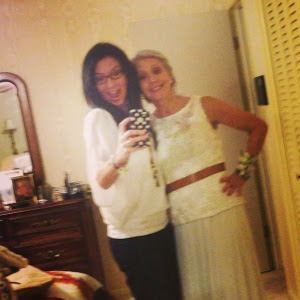 So. I got my first GrooveBook today.

The photos are time/date stamped at the top. Each photo is detachable. So you can choose multiple quantities if you need a duplicate.

The shipping took longer than I expected but I'm obviously not in a hurry. I'm 6K+ photos behind. No. For real :) 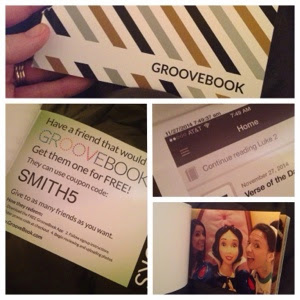 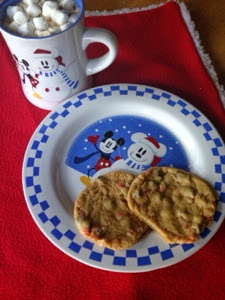 Ok....so, you are walking thru Publix, and you see this: 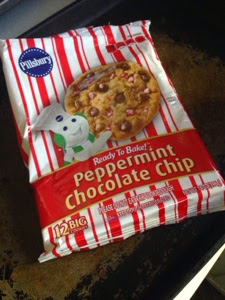 Yeah, you throw them in the buggy and hurry home :)
Ok...well, that's just what we did!

First of all. The smell.
They smell so minty and yum! when you take them out of the package. 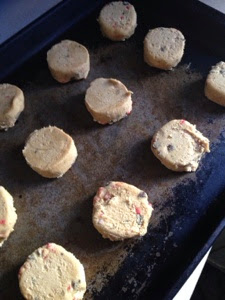 We put them on the our Pampered Chef (can't live without) baking stone. 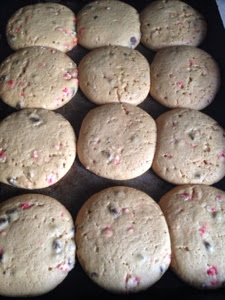 Then, ready to serve!

And, I will admit, they are super cute on my Christmas dishes.

They were so yummy! The cookie was yum! Not too minty, and plenty of chocolate!

These will be on my "go-to" list for Christmas Parties!


“Disclosure: The information and prize pack have been provided by General Mills through Platefull Co-Op.”

There's power in a name- for 15 years 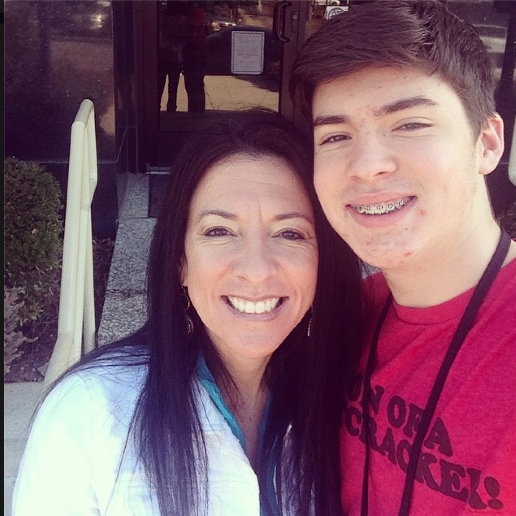 I read a post once by Beth Moore, and she spoke of the power in a name.
(I can't find the post, or I would be more than thrilled to link it)

So, she spoke of naming a child. And how many times your name will be spoken over the course of your lifetime.
How the name can bring power, and force, and it can draw a sense of peace, every time it is spoken in love.

I never gave it any thought.

Well, not to the power of his name.
The only thing I knew was that it would be a strong name. One that could stand on it's own. And not be shortened. No nick names. No pet names. Nothing.
Just one solid name.

That's the only requirement/thought I had.

Chapman Taylor Smith was named in the throws of the Operation Room, as I was strapped to the operating table, I am certain my C-section incision had not yet been closed.

He was about 1 second old.
We had determined that we would name him once we met him, and we loved him, and we "knew" him.
Yes, we were those parents.
Yes, we were just dumb enough to think that some baby-naming power would come over us in the St Vincent's hospital room, and we would miraculously have the all-perfect name for our child.

Gimme a break.
The nurse asked "do we have a name, Dad?" and Scott erupted with "Chapman Taylor Smith!!! Welcome to the world Chapman Taylor! We love you!"

As I nearly broke the restraints of the surgical equipment "THAT IS NOT HIS NAME!!! WE DON'T HAVE A NAME!!!"

Oh yes, indeed we did!
He was immediately Chapman.
His footprints were inked by the glorious black inkpad, and BAM! It's a boy!
Chapman Taylor Smith.
Named after a christian singer (Steven Curtis Chapman) and Scott's favorite guitar (a Taylor).

And when I woke him up early in the morning to take his brother to school...it was Chappy-doodle doo!!!!

(and then in the 7th grade, on the first day of school, he decided to tell all of his teachers at the new school that his name was Jimmy. Oh yes, and they fell for it! Good grief!)

What in the world! I am a hot-mess of a mother!

And this kid! He owns the power of the name.
I don't think there could be another Chappy! Not one of his strength, and confidence, and colorful spirit, and light-heartedness!

And I pray that as his name is called (whatever version of Chapman Taylor Smith that is)---I pray that with each day, he owns it just a little bit more, and by the end of his days, he is a Mighty Warrior for the sweet Lord above that gave him to us for a season!

I love this kiddo to bits!

Chappy Birthday (see what I did there!) 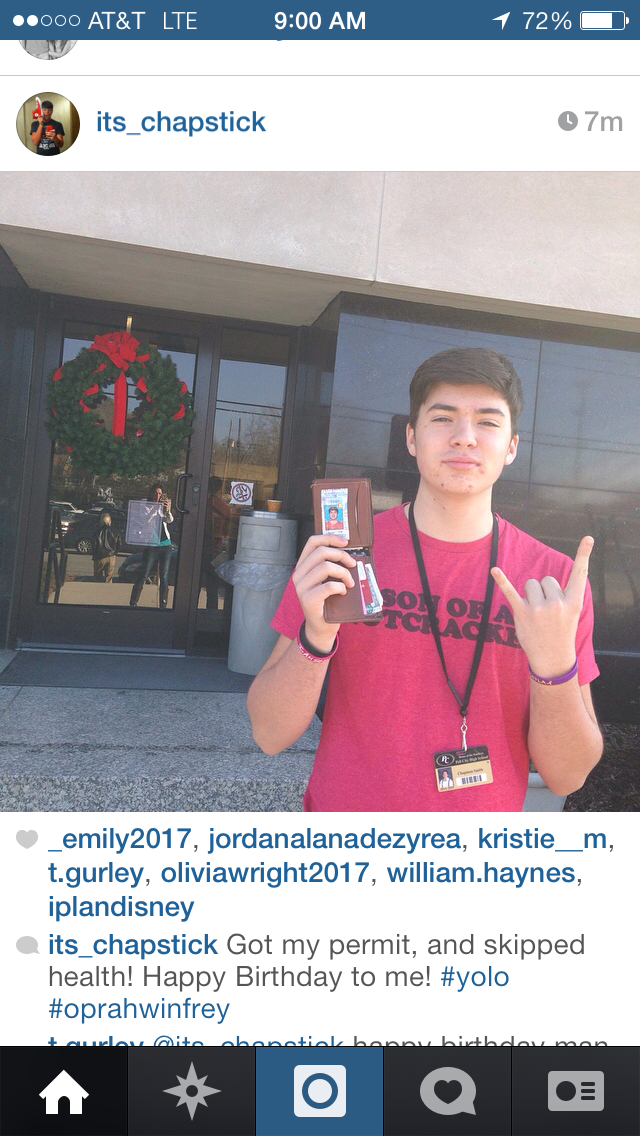 He hashtagged Oprah Winfrey. Who does that?!

There's a place where grief and friendship meet.
In that place, lots of people put lots of "things" away.
And you love hard.
Today is that day.
As you see the streets lined with cars, and a church filled with people.
There is love. And there is grace.
That place is hard. And no one wants to ever be there.
But it exists.
And God is present.
And it reminds me to be a friend.
Above everything else. Just be a friend.

Dena Mosley will be greatly missed in our school, in our community, and in our hearts.
Posted by Just call me "B" at 7:09 PM No comments:

I remember, so clearly, waking up the morning after Kendall died.

As my eyes could barely open, I told Scott "I had the *worst* nightmare"

He quietly replied "I had it too."

I walked into the kitchen, and the place was covered with signs of community. Napkins, paper plates, and tons of snacks for the littles.

Our community loved us so well during those days.

We felt God so real, because everyone loved us so strong.

I have that same heavy feeling this morning for sweet Matt Mosley and his family.

May we all wrap them up, and love them strong. So they can find God during their grief.

He is there. I am confident.

If your heart is broken...

Today, when I picked up Chappy from school, he said "mom, what's wrong?"

My eyes were very tear-filled, as I told him the sad news. Once of his teachers, also the mother of one of his classmates, passed away, unexpectedly.

My heart is broken, and he could tell it.

He said "oh, it gets worse. One of the girls in my homeroom committed suicide this weekend."

TRAGIC.
She's in the 9th grade.

How could her heart be hurting this bad?
Why did she feel that this was her best option?

How will the family of this mother make it without her?
Her husband adored her. Why? Why?


So many questions. So much grief.

Today, at the end of the day, I am glad that I was there to pick up my Chappy. And that we could share that moment of grief, within questions.

I only know this one thing:
"If your heart is broken, you’ll find GOD right there; if your spirit is crushed, He’ll help you catch your breath." --Psalms 34:18

His ways are higher.
But today feels sad and low.
Posted by Just call me "B" at 5:06 PM No comments: