So, here's the whole story. From the beginning.

It started back in March.

I was invited to an Awards event. For work.

Now, the thing you must know, is that I was crazy, crazy honored. Just to be asked to attend. Much less to realize that it was an award, to recognize my achievement as a "professional".

Scott always says "numbers are how you measure the success of something"----and that is him speaking from a work perspective, not necessarily a life perspective.

So, this particular award, is a "numbers" award. An award to recognize my achievement as an Authorized Disney Vacation Planner, something that I feel like I have worked very hard to achieve at Main Street Memories.

If I look back on my life, I have achieved many, many, many things.
I have taught both of my kids to read.
I have taught both of them to tie their shoes (even though I am left handed and they are right)
I sang that "color songs" with both of my boys, and helped them learn their colors at the crisp, young age of 5.
I was there, when my 3rd grader won the "Trash Art" project, because I helped him think outside of the box.
I have seen both of my children get their SAT grades, and just marvel at their scores, and how they measure up. And that, I feel like it was an achievement.
Both of my children were tapped into the Beta Club. Achievement.
I was there when both of my boys asked Jesus into their heart, to be their Lord and Savior.
----You see, this list goes on and on and on.

But, truly, nothing that I would say is considered "success" in the eyes of the world.

So, I was invited to attend this event.

And I knew that day, that I would be out of town.

And so, that brings me to today.

For the last few days, truly, I have been a bundle of nerves.

We landed in Hawaii---oh wait! Did I fail to mention that my "work event" was in Hawaii. Yes, it is.
At Disney's Aulani Resort and Spa.

So, anyways, we landed in Hawaii on Saturday, after a BEAST of a 9+ hour, direct flight. 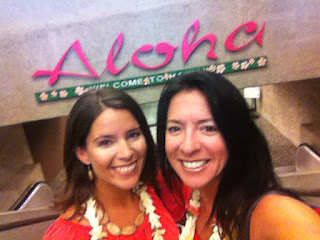 We received a "lei greeting" as soon as we stepped off of the plane.

We did a little chill that night, and then the next morning, I woke up to this: 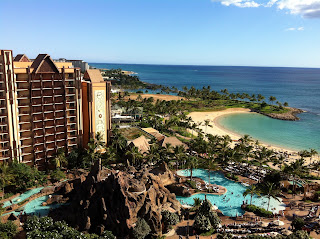 Don't hate. It's ok. This was my balcony view. And honestly, I was humbled at the opportunity.

So, ok, let's get back to this election.  So, Monday, I totally struggled. And truthfully, I might have made the people around me miserable, as I just couldn't get my emotions in check. And I just couldn't decide if I was supposed to feel guilty for being here, or guilty for not being there, or just happy to be here or what?

And so, then this morning (Tuesday) yes, that's right. I had breakfast with this guy! Hallelujah.

It is like all of stars were in perfect alignment, and I felt safe and at home.

Seriously, crazy, I know. And not too many people "get it" but really, I needed some of the Mouse in my life today. 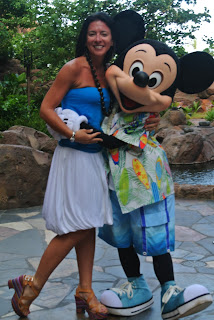 So, then, as the day goes on, the nerves start to rumble inside of me. And I just had to come to peace with it. And just know, and just remind myself over and over, that the truth of it is that God already knows the outcome.

God has a plan. And no matter the outcome of these votes, He is in control. Thankfully.

Poor Susie for having to deal with me thru all of this.

Anyways, and so the results came, and they weren't as I had hoped.

And well, as much as I wanna say that "yay, it's ok" and "oh, it's fine" and blah blah blah. The truth is, I'm kinda sad about the whole thing.

I don't regret it all one bit.

And I'm so very thankful for the people that voted for me, and believed in me.
But, I am also thankful that God has afforded me some other opportunities too.
--------

Oh, and then I got a little FaceTime from these three guys. And they all three just wanted to let me know that they were sorry that I lost, and they are proud of me just the same.

-----
And so to end the conversation Chap says "and Mom, look on the bright side...you lost...but you're in Hawaii" 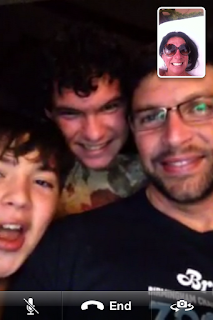 That kid speaks the truth!

I am in awe of all you do, B! I love your enthusiasm and dedication and kindness. Yes, you would have rocked that school board, but they just weren't ready for you YET. In the mean time, HAWAII and the MOUSE? Not bad, not bad at all!

((hugs)) girly. If I were in the Pell City district, I would've voted for you. God has you where He wants you right now! :) Enjoy your vacay!