So, while just gawking at Times Square...and the massive-ness of it all....I decided we needed MORE pictures of us...you know...I can never have too many.

So, Scott chose THIS guy...to ask to take our picture. I said "no, not the guy with the clipboard...he's gonna try to sell us a timeshare or something". Scott insisted he was innocent, so I said -in my obviously too southern voice- "would you mind taking our picture?"....he said "sure...oh, hey...would you guys want tickets to the Late Show?" 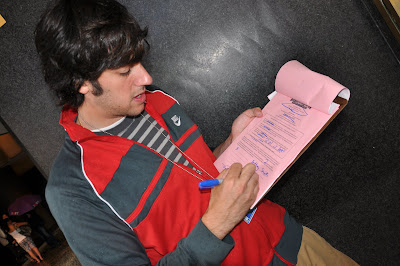 UM HELLO.....MAYBE YOU DON'T KNOW ME, BUT DID YOU JUST ASK ME IF I WANT TICKETS TO ONE OF THE MOST FAMOUS NIGHTIME TALK SHOW?! HELLOOOOO!!!

I said "Let me see your badge?!" And, he quickly pulled out his "Late Show" audience staffer badge.

I tried to contain myself, and then he said "ok, but the catch is, you have to answer a trivia question"

So, I obliged the guy and said "go for it". So he said "Every night...when David Letterman does the Top 10.....he reads from cue cards. What color are the cards?"

(just wondering if you know it)

I said "blue" immediately.....and he said "correct! you get the tix" Scott said "how in the world would you know that?!" and I said "duh. I watch the show!"

So, the guy laughed and gave us a few pointers.....and off we went.....to take our little voucher down the road for tickets!!!! YAHHHHHOOOOOO!!!!! 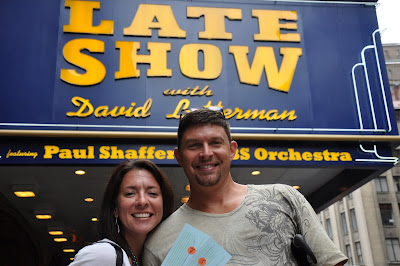 Christina Applegate and Tom Dreesen were the guests! It was fabulous!

Then, of course, as soon as the show was over, we skipped around the corner to The Hello Deli! We had to see if Rupert was there...and yes...he was! He was just being a cashier. Making sandwiches for people! So, very cool! 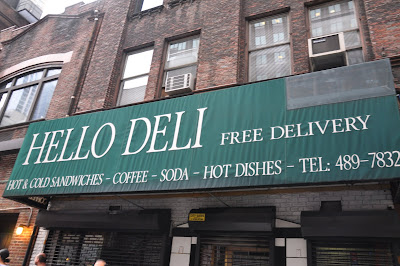 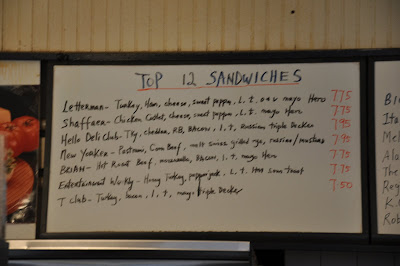 I was totally in love with the menu, and wish we would have eaten at this little dive! Just to say we did! (save it for next time :) 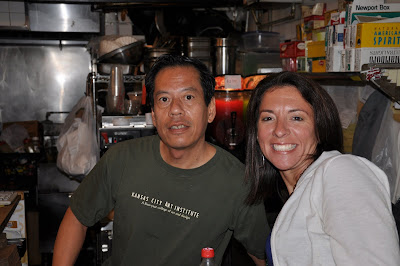 *crazy can't believe I met Rupert*
We bought a Coke! We felt bad, that we would just walk in there and look and admire, and take pics with Rupert and buy nothing....so....a Coke it was (and of course Scott, always pimping it out!) 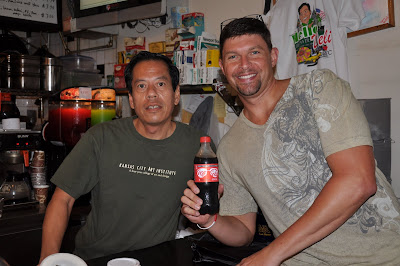 That night, we were having dinner at this great little restaurant - Ruby Foo's- just off of Times Square, 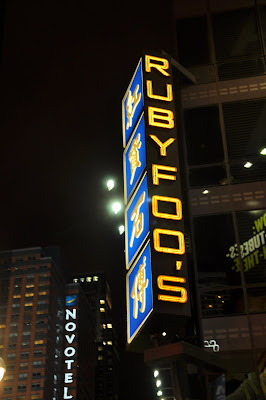 (some of the best Sushi and calamari, btw) 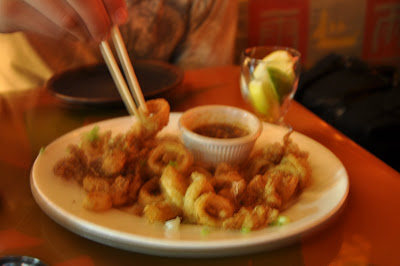 Tom Dreesen! Is this crazy or what?! 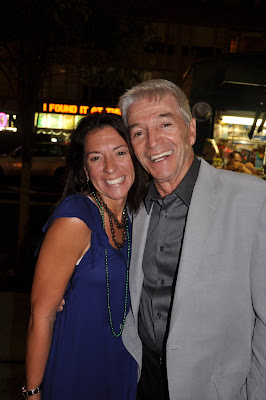 We had just seen him ON the show! So, I quickly gave him the TIME OUT sign.....and he waved at us like old friends! So, he waited, as I grabbed my camera and ran out of the restaurant!

So, then, we had a little photo shoot on the street, and we told him that we were just in the audience, etc, we were from Alabama, etc...blah blah blah..... 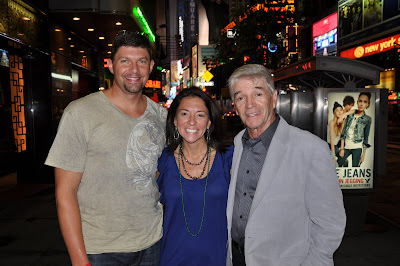 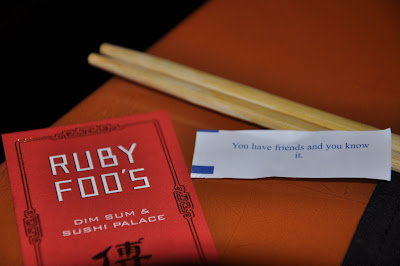 Only you!! I have been to NYC loads of times and have never seen ANYONE even remotely famous!